From the lesson and activities, I am surprised that health workers are ranked low with most participants not including them in the top seven touchpoints including for diseases settings. I would want to know why this is, as they are in the front line and I believe they have the needed information the public needs. could it be they are not doing enough community outreach, or they have not empowered? i.e. communication for development skills.

In KnowledgePoint you can ask and answer questions and share your experience with others! That is a very interesting question and I think the "ranking" of community health workers depends highly on the context. In the setting of the WASH'em training this was assumed as context by your group, but if you were running actual FDGs you could ask plenty of follow up questions on the ranking. Maybe the group would tell you that the community health workers are seen as external, with a specific objective that isn't shared by the community, from the "wrong" social group, not educated enough, etc. all those could be reasons to not trust them, but maybe you would get a very different answer as well. Its key to dig deeper on any answer you get, but specifically those that are surprising. 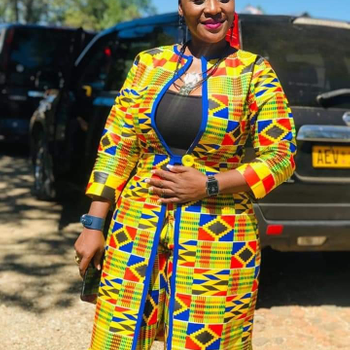 Indeed, in most countries especially in Sub-Saharan Africa, community health workers (CHWs) have made huge contributions to improving the health of underserved populations both in development and humanitarian contexts.  These are mostly the lay members of communities who work either for pay (depending on the CHW policies and guidelines for each country) or as volunteers in association with the local health care system in both urban and rural environments. Because they usually share ethnicity, language, socioeconomic status, and life experiences with the community members they serve, one would expect them to be ranked high in the list of touch points. However, I think this all depends on the context. With the little time I have been in this region particularly here in the SI, it seems that CHW are not a formalised or do not really form a critical backbone of the country’s public health system and therefore are not recognised by the society as touch points. Unlike in Zimbabwe where this system is recognised and enshrined in the national policies and therefore this set of touch points has been seen to be the a critical backbone of the country’s public health system.